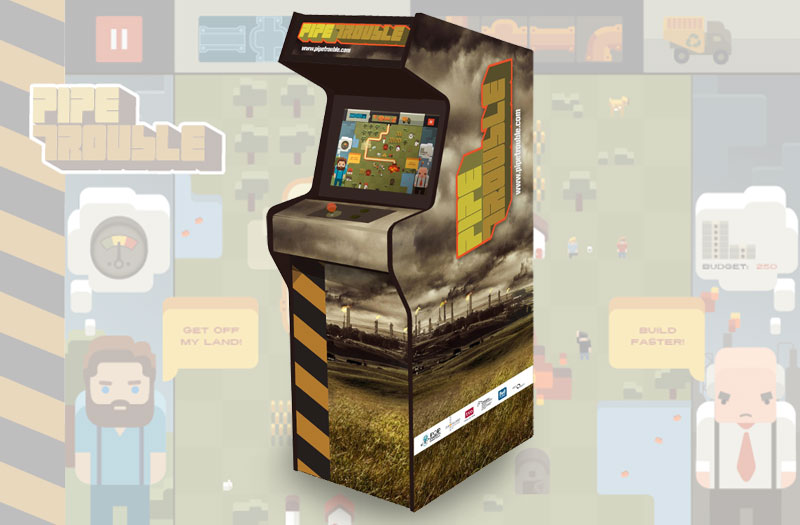 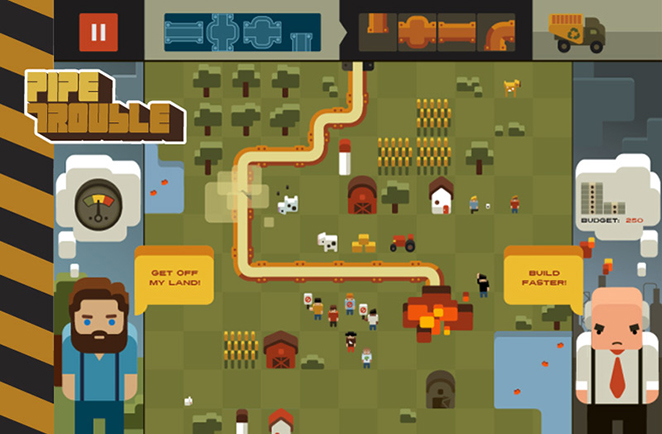 Pipe Trouble is a high-profile web and mobile video game with a clever spin on an arcade classic, using over-the-top satire to prompt discussion around ongoing real-world issues related to the exploitation of natural gas.

Pipe Trouble created a media frenzy upon release and has been showcased at the International Documentary Festival Amsterdam in the Netherlands, the South-by-Southwest (SXSW) Gaming Expo in Texas, the Hot Docs Documentary Festival in Toronto, the Game Developers Conference (GDC) in San Francisco, the Games for Change Conference in New York, and the prestigious Cannes Film Festival’s inaugural new media and video game showcase in France. At the height of the controversy, it was averaging nearly 10,000 players per day.

Pipe Trouble was produced in collaboration with Six Island Productions and TVO, with the support of the Ontario Media Development Corporation and the Bell Broadcast and New Media Fund.